No liberty without security

In order to take action and develop our businesses with peace of mind, we all need the assurance of being protected in the event of an incident.

Securing the working environment and guaranteeing total freedom for all has always been Oodrive’s objective. We stand by our customers to protect what really matters — sensitive documents, ideas, projects, innovation, talent — whatever and wherever it is.

To do this, we offer a single entry point for certified, integrated, scalable and easy-to-use solutions.

We work to guarantee you freedom and peace of mind, allowing you to focus on what is essential and bring your strategic projects to life.

In order to fulfil this commitment, we offer professionals a collaborative, scalable, highly secure and intuitive suite, allowing you to share, edit, organise, sign and backup your strategic projects.

Free your company from security constraints in order to reach your full performance potential.

Put trust back at the heart of your organisation for greater peace of mind and efficiency.

We support you, helping you manage and protect your sensitive content and secure your work environment.

We offer, within a single and secure platform, a set of application modules for managing your sensitive data.

Our solutions meet the most demanding French and international certifications in terms of security, including: SecNumCloud and eIDAS, RGS***, ISO 27001:2013 and HDS certifications.

We develop solutions to secure your data based on the principle of "security and privacy by design".

We host your data on servers that are among the most powerful in Europe and meet the highest security standards in the industry.

We are sensitive to issues of digital sovereignty and take part in a number of concerted efforts by public agencies such as ANSSI and ENISA, business groups and professional associations.

simplified management of sensitive content is at the heart of successful corporate projects.

manage and protect the strategic assets of companies on a long-term basis and to guarantee total freedom for their users.

those who act, take steps and, like us, are convinced that security and freedom can go together.

Oodrive in a few figures...

users in more than 90 countries

corporate clients, 80% of which are CAC 40 companies

Would you like to build the future of Oodrive with us? Discover our opportunities! 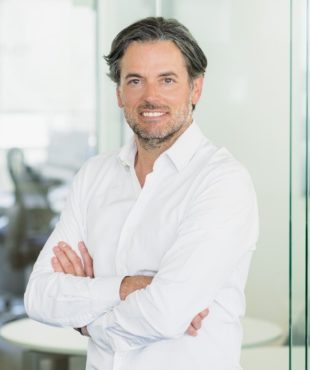 After a Master’s degree in Economics at Paris II, followed by a degree at ESC Reims and an MBA at the University of Melbourne, Stanislas de Rémur joined JP Morgan in Paris, working in Corporate Finance, and then began his career in Australia. At the beginning of 1999, he joined General Electric, where he worked until September 2000, when he founded Oodrive with the aim of creating “the first hard disk on the Internet”.
Today, Stanislas de Rémur is highly involved in the development of Cloud Computing, notably as a director and member of several professional associations such as Tech In France and EuroCloud. 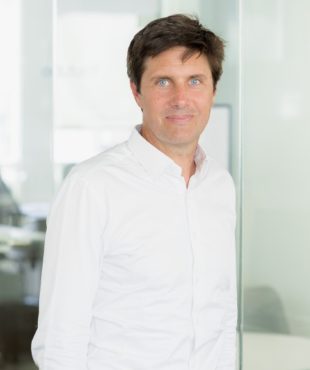 A graduate of EM Lyon, Cédric Mermilliod began his career in 1998 in the Marketing Department of Renault Portugal and then at Unilever France. In September 2000, he founded Oodrive with Stanislas and Edouard de Rémur.
After managing commercial activity and developing indirect sales (channel) for the Oodrive Group, Cédric is now Chief Strategy Officer for electronic signing and digital identity solutions.  He is also Secretary General of the Fédération Nationale des Tiers de Confiance (FNTC) and a member of its Board of Directors within the college of trusted operators and service providers. 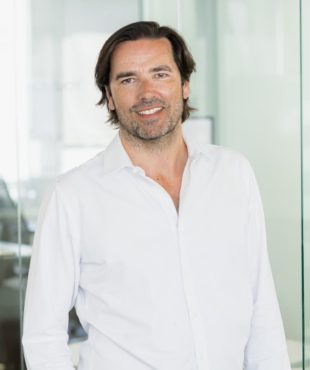 Following a Master’s degree in Economics at the University of Paris II, followed by a diploma at EM Lyon, Edouard de Rémur began his career with Société Générale bank in Hong Kong. Two years later, he joined Andersen Consulting, which he left in 2000 to found Oodrive.

Edouard developed Oodrive’s commercial activities for more than 15 years. Since 2019, he has been Chief Strategy Officer for the group’s sharing and collaboration solutions. Edouard takes part in various projects and initiatives promoting digital sovereignty. In this capacity, he is vice-president of the Hexatrust association and represents Oodrive in the group of companies that signed the strategic contract for the “Security Industries” sector in 2020. 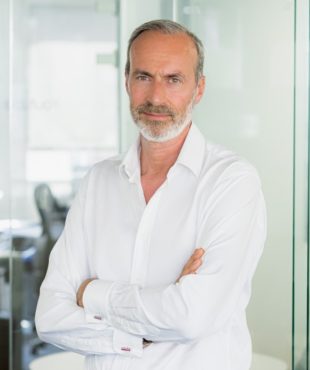 A graduate of ISG and Sciences Po, Stéphane Ankaoua spent the first nine years of his career in Business Development at Findexa, and as Development Director and then General Manager at Alcal Chimie. Between 2004 and 2010, Stéphane worked at Hypred as Director of B.U. Transnet Europe, then as VP Sales & Marketing at MLstate (Wallix Group). He then worked at GLS France for 8 years as Regional Director South-West, then Sales & Marketing Director, before joining Oodrive in 2018 as Chief Operations Officer. Since 2020, Stéphane has been Managing Director in charge of Operations. 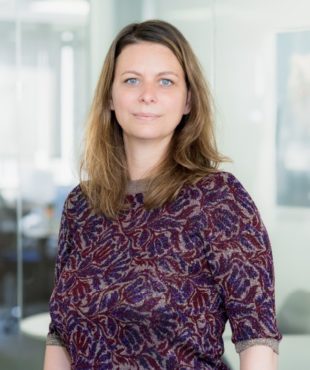 Carole Baudoin is in charge of finance, legal and M&A at Oodrive. Previously, Carole spent 9 years at the Air Liquide Group, successively as M&A Manager in the World Finance Department, then on operational missions as Corporate Development, Acquisition & Integration Manager in two subsidiaries of the Group in Scotland and France. Carole holds a master’s degree in corporate finance and financial engineering from Paris Dauphine University. 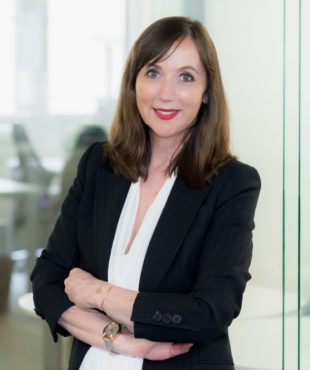 A graduate of ESSEC, Emmanuelle Servaye has held various positions in marketing departments at digital services companies. Emmanuelle spent a few years at the SunGard Data System group, then Sungard Availability Services, where her last position as Western Europe Marketing Manager led to her covering all the group’s marketing activities for France, Benelux and Scandinavia. Passionate about inbound marketing and multiculturalism, Emmanuelle joined Oodrive in 2017, first as Senior Field Marketing Manager to support Oodrive in its international development, then, since February 2019, as Chief Marketing Officer. 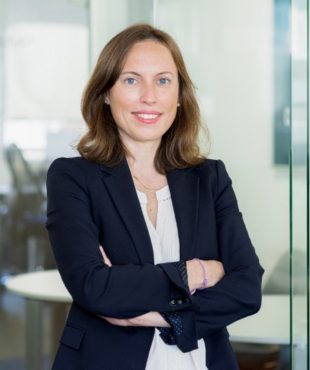 Céline Louis-Lac is a graduate of ESSEC. From 2007 to 2016, while at Capgemini Consulting, she carried out and managed more than twenty strategy and transformation projects for private players (Banks, Telecoms, Media) and public players (Employment, Defence, Culture). In 2016, she joined Union Financière de France (a subsidiary of the Aviva Group) where she was in charge of designing and managing the Customer Experience Improvement Program. She joined Oodrive in 2019 as Head of Customer Experience & Digital Transformation. 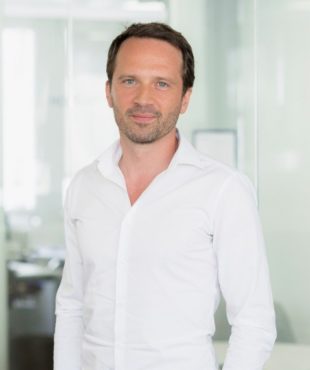 After graduating from ESSEC, Jeremy joined the Renault Group’s after-sales subsidiary as Account Executive in 2003, then quickly became Sales Manager. He was then appointed France Manager of the Business & Operational Marketing Division with the job of ensuring that B2B commercial activities were effective. In 2012, he joined the luxury division of L’Oréal as Area Manager Travel Retail where he managed and developed the brands’ activity in Russia, Greece, Cyprus and Ireland.

Jérémy added to this international career path for another 3 years by becoming Sales Director Europe Middle East & Africa at Intralinks, where he was in charge of developing new territories and private equity. Jeremy joined Oodrive in 2019 as Head of Sales with the aim of accelerating the group’s business growth in France and internationally. 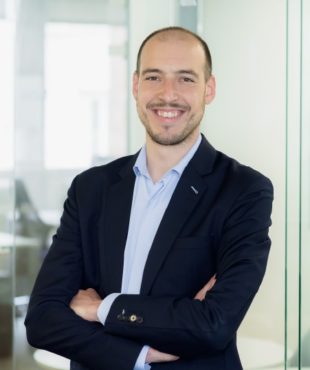 A graduate of ESC Reims, Guillaume began his career at Atos Consulting, where he managed IS deployment for major French energy groups.

Guillaume joined the Oodrive Group in 2017 as Project Manager. At the beginning of 2019, he was entrusted with the management of Professional Services with the task of structuring and streamlining installation, production and technical assistance operations as well as enhancing the current services catalogue. 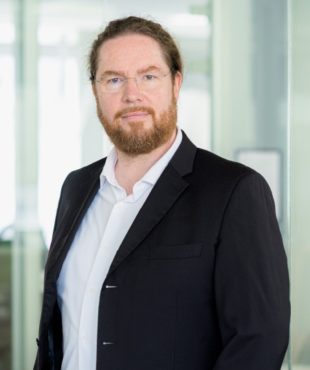 François-Xavier Vincent is a graduate of the Ecole Centrale de Lille and holds an Executive MBA from ESSEC. From 1995 to 2002, he was in charge of upstream studies and then of the security and interoperability aspects of a strategic programme at the Ministry of Defence (Service des Programmes d’Observation, de Télécommunication et d’Information). He then supervised the development of the Ebios method for the French National Cybersecurity Agency (ANSSI) until 2008, while acting as Information Security Advisor. François-Xavier Vincent then spent ten years as Group CISO and then IT Risk Leader at AXA, before joining Oodrive as Chief Information Security Officer and Data Protection Officer. 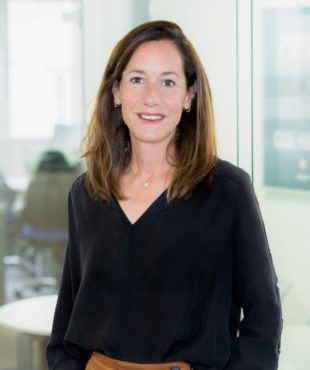 A graduate of Skema Business School, Sidonie began her career in 2002 within the LVMH group as a human resources manager. She then took on increasing human resources responsibilities in the fields of fashion, cosmetics, but also in different environments such as consumer electronics. She previously held the position of VP People at Ledger, a French fintech scale-up.  Sidonie joined Oodrive as Head of People, with the aim of designing and implementing a human resources strategy to accompany the acceleration and internationalisation of Oodrive’s activity. 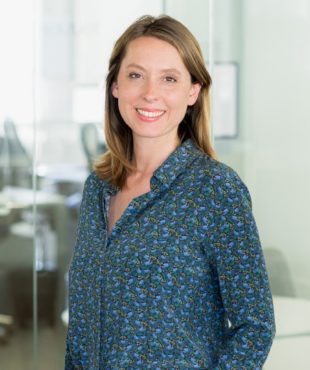 A graduate of ESCP-EAP, Irene held marketing strategy positions at PSA and then sales management positions in several ad tech companies until 2011 when she joined Criteo. Leading several multi-functional (Product, Marketing and Sales) and international (APAC, Americas and EMEA) teams, she developed the Product strategy and its commercial execution and accompanied Criteo’s growth for 7 years, before becoming GM Web Upper funnel from 2018 to 2020 to enable the company’s transformation into a multi-product offering.
Irene joins oodrive in 2021 as VP of Product with the objective to accelerate its transformation into a Trusted Content Services Platform and to support its international expansion. 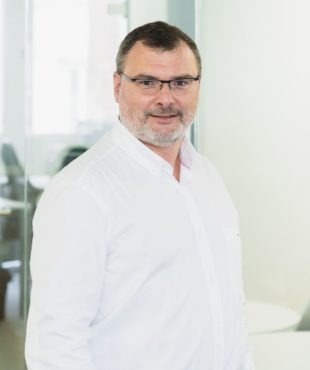 A graduate of IFAM, Sébastien joined the Orange Group as a business analyst in 1996 and was quickly offered a position in the YP (Young Professionals) programme at Intelsat, which led him to spend 3 years in Washington DC, in charge of credit recovery for all French-speaking countries.
Back from the US, Sébastien became increasingly interested in IT, as a business analyst at Verizon where he managed the processing of large data sets. Then, when he arrived at Completel, he honed his taste for analysis by providing the data needed for interactions with the telecom regulator.
In 2004, Sébastien created his own infrastructure network and virtualisation consulting company, before developing a freelance activity and joining 3DS Outscale as CIO.

It was as Head of IT that he joined oodrive to optimise and industrialise all infrastructures and to support the group in its development and international expansion. 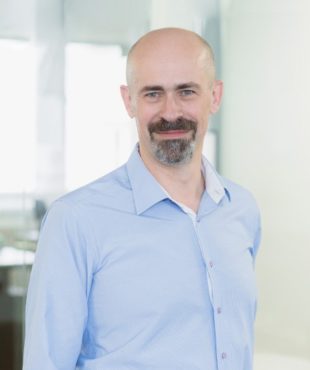 A graduate of INSA Lyon, Benoît began his career at Business Objects as Quality Control Manager and then as Web-intelligence Program Director. He then took on the role of CTO at Sidetrade and Merge Healthcare before becoming VP R&D at Capsule Technologie. With a real passion for the world of new technologies, Benoit took up positions as Chief Technical Officer at Cashinfo and Effisoft, before taking up the position of General Manager Software Development at be-ys, a French company specialising in digital identity, information flows on personal data and the processing of sensitive data. It is therefore thanks to the solid skills acquired around the management of sensitive content that Benoît joined oodrive, as Head of Engineering.

Our subjects are at the center of the news

In short : the history of meeting rooms

Electronic signature : an update on its legal value

Consult all our news

Your safety is our priority. Our certifications are proof of this.