On 17 May, the government announced the creation of the new Cloud de confiance label, thus completing the SecNumCloud qualification, and thus digital sovereignty in its entirety. Two years of work were necessary to develop this doctrine. Indeed, since it concerns both companies and administrations, albeit with some nuances, the requirements of these two entities had to be taken into account.

What is the Cloud de confiance ?

First of all, it is a considerable reinforcement for the recognition and application of digital sovereignty. This label invites European companies to use French cloud providers to manage their sensitive content. The Cloud de confiance adds a dimension of legal immunity to the security requirements of the SecNumCloud qualification. In other words, the aim is to protect the (sensitive) data of French citizens from American laws. In concrete terms, French and European companies will have to turn to cloud providers with servers in France who are committed to respecting the highest standards of data protection. The ANSSI, the French National Agency for Information Systems Security, is the body that will issue this precious sesame. Oodrive, the first cloud player to have been qualified by SecNumCloud, is therefore eligible to obtain this new Cloud de confiance label.

Because today, due in particular to the Cloud Act, the famous GAFAMs (Google, Amazon, Facebook and Microsoft) can access, at the request of the American government, all the data stored on their servers, including outside the United States. However, as the Minister of the Economy and Finance, Bruno Le Maire, points out: “The cloud is not visible. But it is the foundation of our economy. It is what will enable the development of our companies and the valorisation of our data. “

What is the new doctrine “Cloud au centre” ?

Under the sponsorship of the Minister for the Economy Bruno Le Maire, the Minister for Transformation and the Civil Service Amélie de Montchalin and the Secretary of State Cédric O, it is a question of homogenising the State’s digitalisation imperatives with digital developments and the (multiple and exponential) interests contained in the data. Through this doctrine, the government wishes to create the legal and economic conditions to enable European players to find their place, thanks to higher security standards. Thus, all new digital projects will use cloud solutions by default. In this way, the development of new digital public services will be faster, more agile, cheaper and more iterative.

The cloud becomes a prerequisite for any new digital project of the State.

Amélie de Montchalin, Minister for Transformation and the Civil Service

The Trusted Cloud label and the State Cloud doctrine are timely. Indeed, the considerations linked to digital sovereignty, data protection and the place of the European Union in the digital economy of tomorrow have never been more important. The strategic nature of the cloud for the resilience and competitiveness of our economies has now been clearly identified. Oodrive, which has made all the issues linked to digital sovereignty its hobbyhorse for over 20 years now, welcomes these two new allies with open arms. Especially since, as the first SecNumCloud-qualified cloud player, we are de facto eligible for the new Cloud de confiance label. 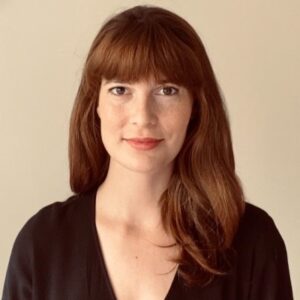