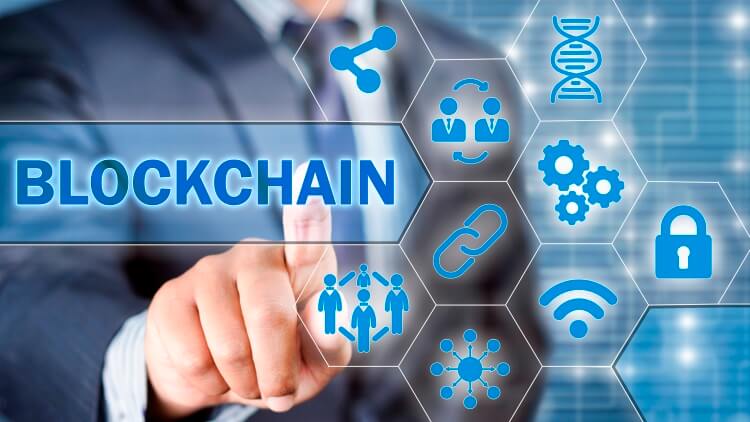 Blockchain. The word is everywhere. You’ve probably been hearing the media talking about it for several years. But what is it actually about? Is it really a revolution, as French magazine Le Point puts it? Can this technology change the world, as The Economist claimed a few months ago? Let’s take a look at the phenomenon that’s raising a lot of questions.

We have all heard of the digital currency Bitcoin. But not all of us will be familiar with the technology Blockchain – the virtual infrastructure Bitcoin is based on. More specifically, the technology allows you to store and send information securely and transparently, without the need for a central supervisory body.

A blockchain is considered to be secure and impossible to forge. And unlike typical databases, a blockchain database is distributed. That means there are multiple copies stored simultaneously on different computers, known as network nodes. The data is not stored on a central server, instead it is held on all of the computers in the network at the same time. The technology is based on peer-to-peer (P2P) exchanges, without any supervisory body or trusted third party involved.

Every modification to the database must be verified and approved by a community of peers, which is responsible for preventing any attempts at fraud. Once a modification is approved, the database is automatically updated across all computers in the network. Anyone is free to consult the information. To ensure total transparency, the history of all the modifications made to the database since it was created can be reviewed at any time. Of course, not everyone has honest intentions. But the system, which is based on trust between the nodes within the community, can guarantee data integrity provided that 51% of peers play by the rules.

A blockchain is a registry that is duplicated and distributed. It is made up of blocks, each one containing a record of all exchanges between its users. The registry notifies and time-stamps every exchange between each node within a block. These are users who retain the data and keep it up to date. This means there is no central supervisory body involved. The technology enables a transaction to be carried out between several parties, without a trusted third party.

The database is distributed rather than being stored centrally, and it’s doubly secure. Firstly, by asymmetrical cryptography, which requires two different keys (one public and one private) to send a transaction in a blockchain. And secondly, the exchange validation in the form of blocks undergoes a process known as mining.

A massive book which no-one can delete or destroy

There are public blockchains, which are open to anyone, and private blockchains, which have restricted access and usage. You could think of a blockchain as a sort of ledger or registry, with a list of all the exchanges made between the users. A public blockchain can therefore be compared to a huge public book of accounts that cannot be forged. As mathematician Jean-Paul Delahaye described it, you need to think of it as “a massive book, which anyone can access freely without charge and can write in, but which no-one can delete or destroy”.

From banking, insurance, and property, to healthcare, energy, and transportation – the fields that the technology can be used in are countless.