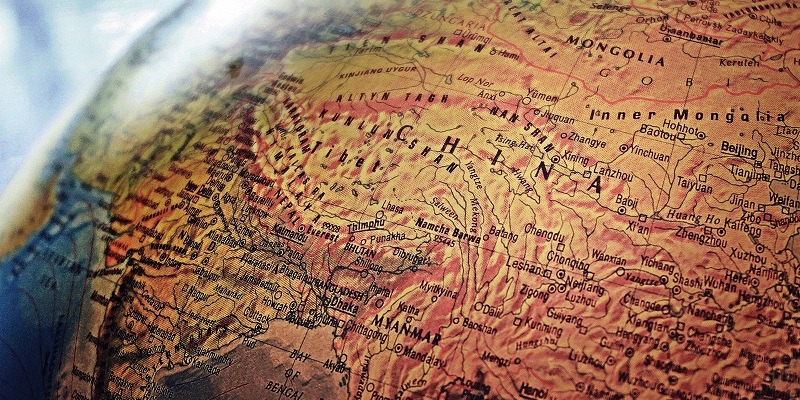 The internet penetration rate continues to rise in France (88%) and across the world (55%). The same is true of social networks, according to the third edition of a report by the French Interior Ministry on cyber threats. But while people in many countries enjoy unrestricted access to websites at any time, that is not the case everywhere. In China, for example, the internet is highly regulated, and access to certain platforms and information is an obstacle in itself.

According to the 2018 Freedom on the Net report by non-governmental organization Freedom House, web freedom declined in 2018 compared to the previous year, not least because of China and its highly repressive system. Beijing was once again the worst abuser of internet rights and freedom.

The situation in China has deteriorated since 2017, when a law on personal data and cybersecurity came into force, the NGO reported. This new legislation was designed to regulate the way in which online companies can collect, process, and store data relating to their users. But it has also strengthened the powers of authorities over online activity and increased requirements in the field of censorship.

Since June 2017, online platforms in China have been banned from selling their users’ personal data. They may not collect any personal data that is unrelated to the services they offer.

China has not stopped there. Its Cybersecurity Law requires certain online services – such as Microsoft, Airbnb, and Chinese companies like Baidu – to store their users’ data on Chinese territory only. The legislation, critics say, applies especially to the communications, energy, transport, and public service sector.

The restrictions imposed by China on anything and everything digital are nothing new. For many years now, the Chinese government has made every effort to exercise total control over the internet. The Great Firewall is a prime example. Beijing has put in place a set of legislation and technological systems to block internet access to its citizens.

This Great Digital Wall allows the regime to filter all online content reaching people in China. Web navigation is regulated by the Great Firewall, filtering access to data by individuals and businesses alike. This filtering relies on several techniques, including blocking IP addresses, DNS filtering and redirection, URL filtering, TCP packet filtering, and resetting the connection.

China’s Great Wall seeks to considerably lengthen the time it takes to display the pages, reducing the download speed of sites from outside of the country to 10 to 15 seconds. The average time it takes to load American or European sites is 50% slower than sites hosted in China. Some sites are simply inaccessible, such as YouTube and Twitter.

Many users use a virtual private network (VPN) to get around the government’s attempts at censorship. Since March 31, 2018, foreign companies have only a limited number of VPN services approved by the Chinese authorities to choose from. Until then, most had their own VPN server located outside Chinese territory – the only solution to access blocked sites. Now, companies have no choice but to go through a Chinese operator.

Oodrive – supporting its customers in Asia

Oodrive has put dedicated infrastructure in place for its applications. Its Shanghai data center meets the specific needs of its European customers with subsidiaries in China. Oodrive offers a 100% European solution to store and protect corporate data for European businesses with offices in China.

Oodrive’s customers in China have specific needs related to the local market, and must comply with the regulations in force. To overcome the issue of VPN bridge blocking, businesses in China can opt to store their data in Shanghai, also benefiting from local performance, which is in turn optimized by a content delivery network, accelerating the delivery of web content and data up to 5 times faster than Oodrive’s competitors.