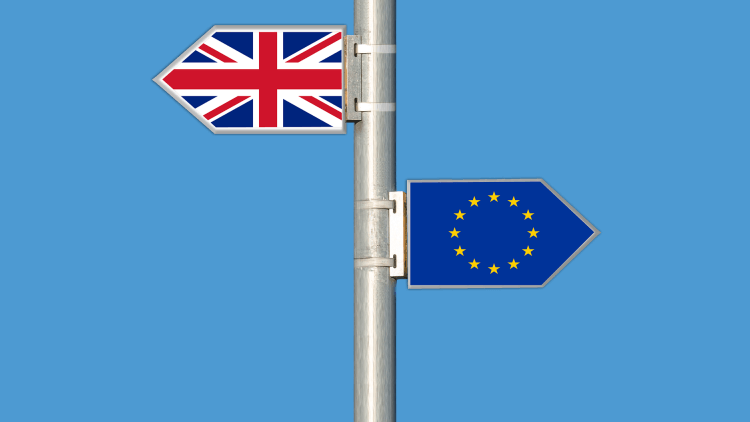 In June 2016, the British people voted in a referendum to leave the European Union, meaning the future of UK-EU relations is at play at this point in time. Three priorities have been set out for the negotiations: the financial settlement of the divorce, the rights of EU citizens living in the United Kingdom, and the border between Northern Ireland and the Republic of Ireland. But another issue is what will happen to the flow of data after Brexit.

Since the result of the referendum was announced in 2016, countless questions have arisen concerning future communications between the UK and the remaining 27 EU member states. For a start, EU citizens will no longer be able to move freely to and from UK soil. But that’s far from the only thing that will change. What about the flow of data across borders?

Defining the new rules of play

After the referendum result was announced in June 2016, the UK’s Information Commissioner’s Office (ICO) stated that once the UK leaves the EU, “then upcoming EU reforms to data protection law would not directly apply to the UK”. But how far have we come since the referendum one year ago?

The stakes are high

The data economy in the EU was estimated to be worth €272 billion in 2015, or around 2% of the EU-28 GDP. And that figure is expected to rise to €643 billion by 2020, according to the UK’s Department for Exiting the European Union. On August 24, 2017, the Department expressed its desire to keep data flowing between the UK and the EU after March 2019. “Data flows between the UK and the EU are crucial for our shared economic prosperity and for wider cooperation, including on law enforcement,” the Department explained.

The UK has committed to taking the necessary steps to ensure it is aligned with the requirements of EU regulations and to comply with European legislation. However, to simplify the relationship, the department proposed “a UK-EU model for exchanging and protecting personal data, […] providing sufficient stability for businesses, public authorities and individuals.”

In a recent position paper, the UK’s Department for Exiting the European Union maintained that it was essential to agree on arrangements that “allow for free flows of data to continue, based on mutual trust in each other’s high data protection standards”, as part of the future partnership between the United Kingdom and the European Union. According to the British government, it would be “in the interest of both the UK and the EU to agree early in the process to mutually recognize each other’s data protection legislative frameworks.”